Category: x Steven McCabe ‘From Satire to Symbol to Where is the Poem in That?

From Satire to Symbol to Where is the Poem in That?

Recently in Canada we had a minor brouhaha in Parliament.  A satirical magazine depicted the former Leader of the Opposition wearing a neck brace with his caucus in body casts, wheelchairs, etc…

I cropped the photo in a circle & added text to make my own satirical statement. No. I decided. Something else. So I began to manipulate the images. Emerging psychedelic shapes with the politician becoming 19th century-like wearing a clerical or clown collar. Shapes emerged as I worked intuitively with Photoshop.

A symbol began to emerge. Or something that looked like it wanted to be a symbol. Recently my investigations have led me (in books & online) to India where the Celtic God Cernunnos is preceded by a similarly depicted figure revealed by artifacts from the Indus Valley. 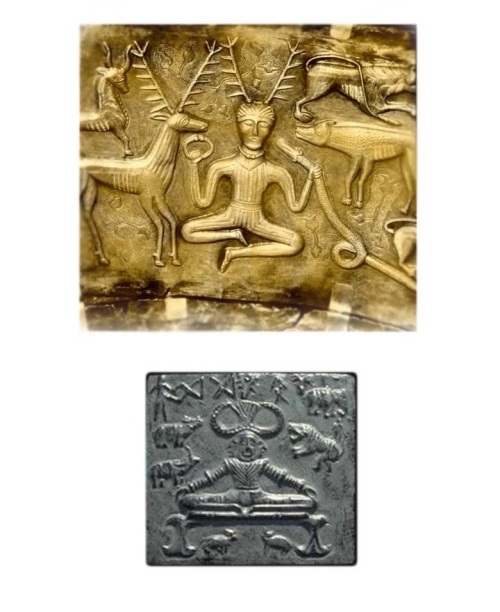 The similarities of the visual language are striking. Mythologies are a bit like dreams, arising from the same ‘bedrock’ of consciousness. Or from somewhere beneath the bedrock.

Jokes also lead to interesting places. And who might be both psychedelic and from an earlier century while wearing a clerical – clown collar. The depictor. Or the depicted. Or someone else entirely. And where is the poem in that?