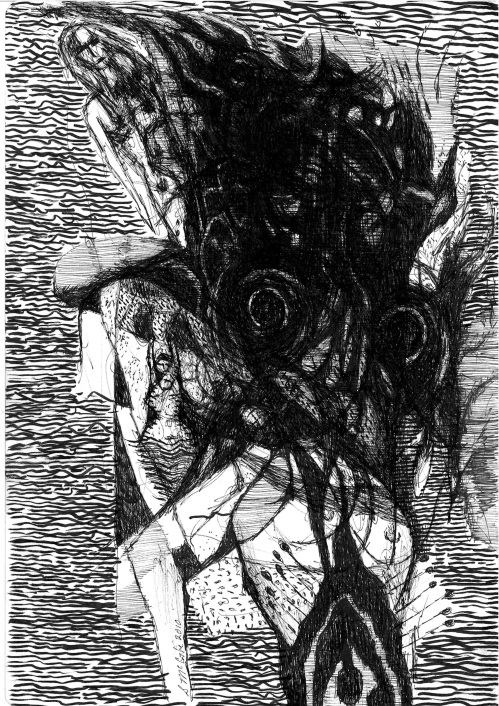 Imagine a mineshaft of souls

running as silently through the dark

among the roots, on its route to humanity,

Other than this – nothing was red. 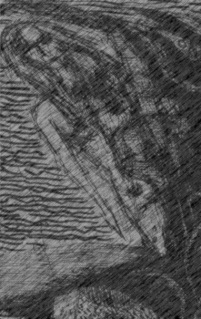 and the great grey blind pool

suspended over its depths

And out of these meadows, a vague strip

of trail, gently and patiently, unwound 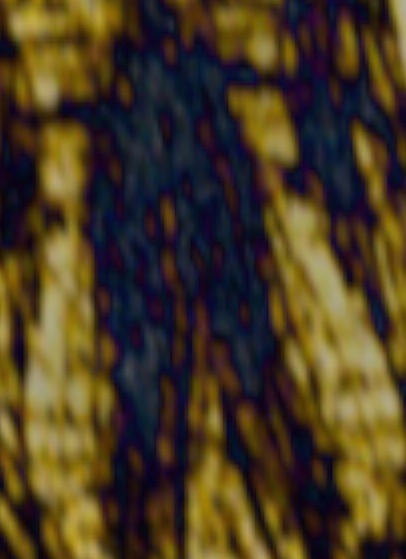 And this is the path they traveled.

Ahead, the thin man in the blue mantle,

silent and anxious, staring straight ahead.

His stride gobbling up the path with big,

and heavy from the folds of his falling cloak.

He could no longer comprehend the effortless lyre,

that had grown around his left arm like a rose

vine in the branches of an olive tree.

It was as if his senses were cut in two.

His eyesight ran ahead of him like a dog that

turns around, comes back and runs away again

to stand guard at the next blind turn –

Sometimes it seemed to reach back to travel

with those other two who were supposed

to be following this entire ascension.

Then, again, it was only his climb’s after-ring

and the wind in his cloak that followed him.

And he assured himself: Yes, they’re coming.

Said it out loud and heard it echo. Yes. 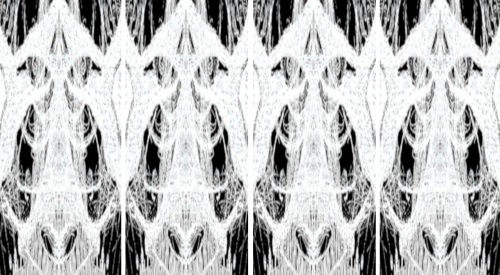 They were coming. Only how could two people

move without sound? If he could permit himself –

and wouldn’t just that one backward look

wreck the entire creation, so close to completion?

– to turn just once, he would certainly see them,

the two weightless beings, who quietly followed him:

That god of errands and messages from afar,

the thin rod held out in front of his body,

wings beating above his heels,

and his left hand held out to – Her.

The one so beloved that from one lyre

more grief came than from all grieving-women,

so that a whole world was made of grief

and everything was re-created:

Forest and valley and road and village,

field and river and beast.

And around this other world,

another sun traveled through a star-filled

She was so beloved.

But, now, she went on the arm of the god,

her pace impeded by the long burial shroud,

uncertain, meek and without impatience.

She was self contained, like someone with higher hopes,

and didn’t think about the man who walked ahead

or the path,that climbed back into life.

She was self contained. And being dead

Like a fruit full of dark sugar, she was filled

with a death so immense and new

she couldn’t quite grasp her role in it.

She’d come into a new childhood

and must not be touched. Her sex

and her fingertips were so weaned from marriage

that even the gentle god’s, infinitely gentle,

She was now, no longer that blonde wife

who in the poet’s song once rang and rang.

No longer the wide bed’s perfumed and blessed

isle. That man’s property, no longer.

given away in a hundred portions.

She was root now.

And when suddenly, abruptly,

the god stopped her – and sadly exclaimed

the surprising words: He’s turned around.

But some way off, dark in the clear exit,

someone – it could have been anyone- stood,

the one whose face could no longer be recognized.

He stood and watched how on a strip of meadow-path

with a sorrowful expression, the god of messages

her pace impeded by the long burial shroud,

uncertain, meek and without impatience. 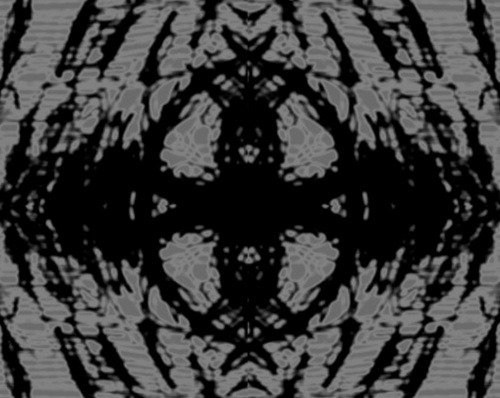